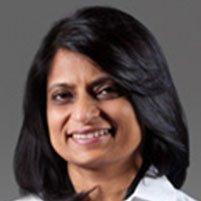 Dr. Chhavi Agarwal of Pediatric Endocrinology of New York, with locations in Scarsdale and Flushing, New York, specializes in the treatment of irregular menstruation and other hormonal disorders that affect the reproductive system of adolescents and women.

Can irregular menstruation be a symptom of a more serious health condition?

Menstrual irregularities affect an estimated 30% of women from time to time and are often no cause for concern. However, in some instances, heavy bleeding one month followed by minimal spotting the next, or a cessation of menstruation altogether, is an indication of an underlying medical issue. Often, the cause is a gynecological problem, such as endometriosis or uterine fibroids. Yet, irregular menstruation can also be due to a hormone imbalance. The primary hormones responsible for the menstrual cycle and fertility are produced by the pituitary gland and the ovaries. Menstrual irregularities can additionally be due to thyroid complications.

How does is irregular menstruation treated?

The first step is to obtain an accurate diagnosis as to the underlying cause of irregular periods. This begins with a medical history, followed by a physical and pelvic exam, performed by a gynecologist. In addition, a blood test to measure hormone levels is necessary. If a hormone imbalance is determined to be the reason for irregular menstruation, an experienced endocrinologist, such as Dr. Agarwal, is uniquely qualified to treat the problem. Endocrinologists undergo additional training and have extensive experience in treating the hormone system. Often the situation can be remedied with prescription oral contraceptives. In other instances, more sophisticated hormone replacement therapy may be recommended.

What is polycystic ovary syndrome?

Polycystic ovary syndrome is a condition in adolescent girls and women in which the ovaries produce too much of the male sex hormone, androgen. This can cause menstrual irregularities, difficulty in becoming pregnant, as well as excessive body hair severe acne. This syndrome often runs in families and is more common among those who are overweight or have type 2 diabetes.

Amenorrhea is the medical term for an abnormal absence of a menstrual period. Specifically, this refers to any woman between puberty and menopause (excluding those who are pregnant or breastfeeding) who has missed three periods in the same year. Amenorrhea can result from a variety of causes, from reproductive organ problems that are present at birth, to a decreased production of the gonadotropin-releasing hormone (GnRH). An accurate diagnosis requires a thorough examination and lab testing.

We accept most insurance plans, please contact our office to discuss the particulars of your benefit package and our current network participation status. We will work with you and your carrier to provide you the best care.